Recording artist and actor Patrick Stalinski was born in Detroit, Michigan in the 1950's to his loving parents Joseph & Lillian Stalinski -who took pride in raising Patrick in the catholic church and filled his life full of music from a very young age.

Stalinski got his start as a professional vocalist when he was discovered by Soco Brown who was very influential in the Michigan music scene during the 1970's and throughout the mid-to-late 20th century.

By 1978 Stalinski had caught the attention of the great North American tenor, Edward Kingens who became a mentor to Stalinski - spanning nearly four decades. Kingens has never been shy about expressing his high regard for Stalinski, publicly stating that; Stalinski has great potential to be the next great American born tenor- I have no doubt in my mind he can be a world class tenor.

From the 1970's until 1994 Stalinski performed along side the 4th Street Presbyterian Choral, The Detroit Metropolitan/Fraser Choral, The Windsor University Choral & The Detroit Chamber Choral.

In 1994 Stalinksi relocated to Tucson, Az with his wife and four kids - and went on to record his debut album, To Sing A Prayer (produced by Yves Vincent) which was released in 1994 and recorded in San Diego, CA at Track Star Studios . The album was well received , selling approximatly 5,000 copies in the United States.

In 2000 Stalinski completed his sophmore album, Christmas Reborn which was a great success- nearly selling out the first pressing. (Produced by Yves Vincent / Track Star Studios).

As the completion of What A Wonderful World neared, Stalinski began to envision his next studio album - but this time he was inspired to change things up - wanting to take a different approach by using new and original songs. Stalinski is Seeking songs of a inspirational and Spiritually  influenced.

Check back for updates and new images to come. 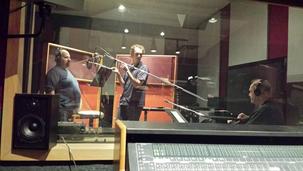 The Man behind the Voice 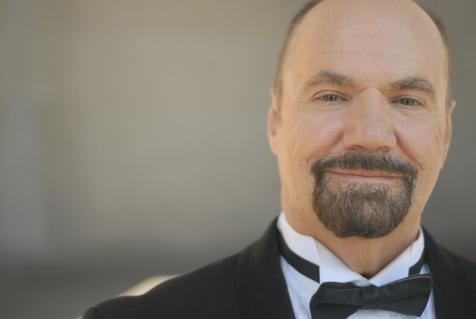 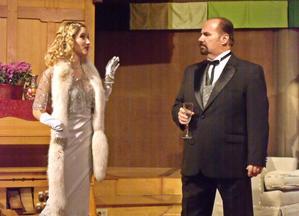 The making of  What A Wonderful World

In the studio with Del Casher, the inventor of the Wahwah pedal. Del is also most known for producing mega stars such as Elvis Presley.